Guide to Vietnam & "The Things They Carried" resources for Instructor McKinley's ENG 111 class.

Questions about how to use ProQuest?  Take a look at these Helpful Videos. 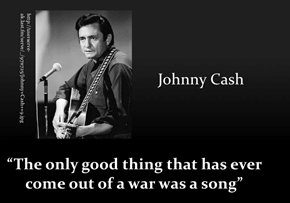 Although this Slide presentation does not include full citation for the sources it quotes, it does introduce the idea that music was used both by pro and anti-war supporters.

The Sixities and Protest Music this site includes audio files of several of the better known protest songs of the times. Whilst some were not specifically about the Vietnam War they were taken up by the anti protest movement.

The You Tube clips below are taken from a PBS Program called Get Up, Stand Up: the Story of Pop and Protest. You can view the full program on the website but you need Real Time Player on your computer to do so.

The section of JW's Rock Garden contains great information on Vietnam Era Anti-War music as well as audio files of all the music mentioned. 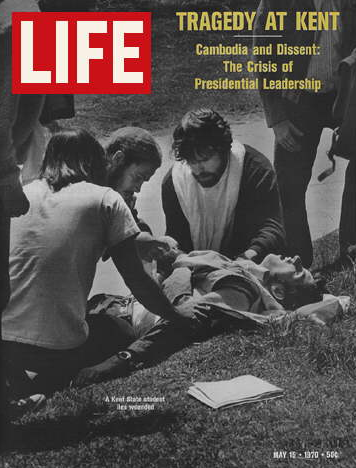 More than 40 years after the event there is still debate about the events surrounding the shooting of student protestors at Kent State University. The banner below links to the Kent State Truth Tribunal.  "The Truth Tribunal honors those whose lives have been directly affected by the killings and also marks the importance of Kent State as an influential chapter in the history of protest, democracy, civil rights and public security in the United States" (http://www.truthtribunal.org/about)

Websites for History of Vietnam Research